Some cards today that hail Tony as an MVP. Although, ironically, that was one accolade that eluded him throughout his career. 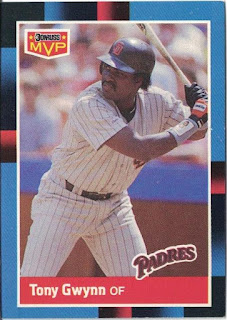 It has a standard DonRuss 1980s card back as well. Apart from the number, this is exactly the same information as the base card. 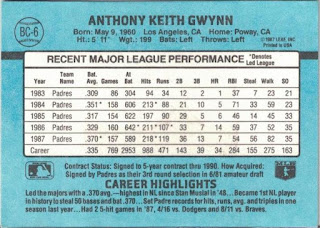 Eagle-eyed readers may have noticed that there isn't a full stop after LEAF INC on the top right hand side of the card. Trading Card Database keep notifying me that they have updated their database to take into account that versions exist of this card with and without full stops after INC. But I have to admit I really don't care!

The career highlights are the usual collection of factoids, including that Tony had two 5-hit games in the 1987 season. 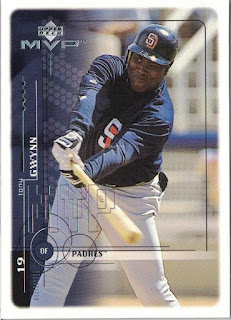 It's not the most exciting card, from a fairly turgid set. Upper Deck went through a bit of a malaise towards the end of the 90s, and it shows here.

The back mentions an interesting milestone - Tony's 2,900th hit. 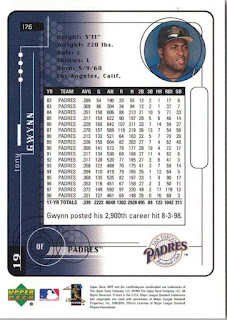 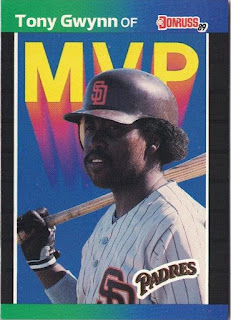 That MVP graphic is a harbinger of change. The 1990s were coming... and so was the era of baseball cards designed on computers.

The most noticeable difference about the cardback from the previous year was the colour. Most of the content was regurgitated from the 1988 card. They added in a mention of his injury in 1988. That's about it. It's exactly the same as what was printed on his base card. 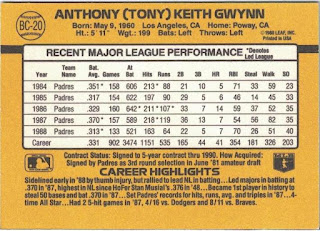 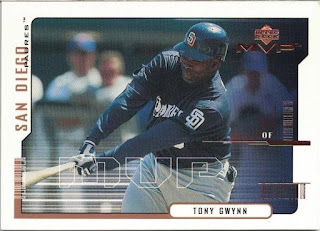 The back has a posed photo, a stats box, and no factoids. Which is a shame because after mentioning his 2,900th hit on his card in the previous year, they could have mentioned his 3000th one on this card. 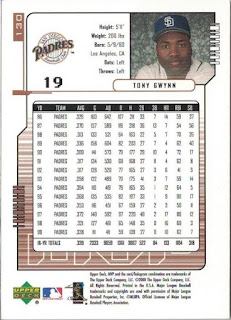 Also, the first time I saw this I thought the card was #19. But it's not. That's annoying enough for me to moan about it.

Tomorrow we will hit the 200 card marker on this blog. Until then, have a great Monday!