Way back in June I blogged about Pinnacle cards and included the non-foil version of this card. This has been sitting in my 'to be blogged' folder for several months now and its time has finally come.

Tony was one of 30 "hardball heroes" given a card in this subset. 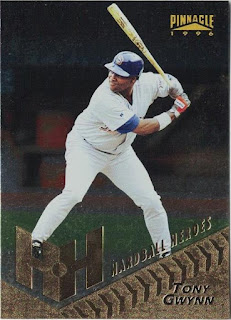 Only the last 200 cards in the set were issued as foil parallels - but that included Tony's base card and his "300" card, which was a card honouring his batting average (and the 300th card featured on this blog!) 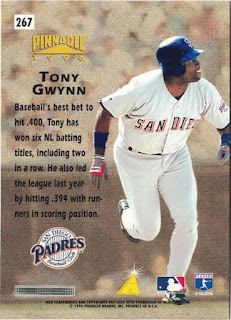 This Pinnacle set also included a 17-card insert series which featured pictures of model and actress Christie Brinkley with star players. However, Tony didn't get a card in that insert series so had to make do with just three cards and the foil parallels!

Posted by Jongudmund at 7:31 AM