Here are three more cards released by Pacific in 1999.

I mentioned yesterday that Pacific had a penchant for photoshopping cards. Invincible was the product where they did it most often.

As with Tony's card in the regular Pacific release, this card was released with two different card fronts. There were 20 cards in the insert series, but all had two versions, meaning it was actually a 40-card set! 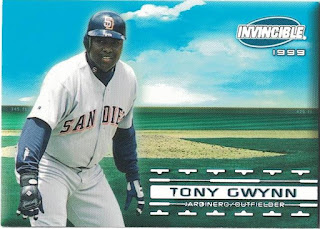 The alternative photo version of this card was of Tony at the plate.
The posed photo on the back is a rare picture of Tony sans headgear. The cardback is bilingual with Spanish given priority. 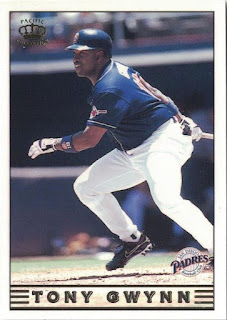 The back picks an arbitrary batting average (.320) as a noteworthy data point, and also shows how close he was to his 500th double. (He ended up hitting 543 in his career.) 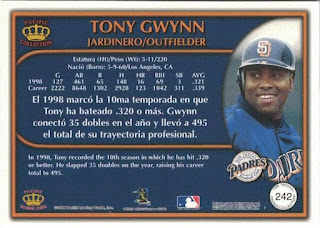 Card Number 542: Pacific Crown Royale Pillars of the Game insert, 1999; #20
Crown Royale cards were die-cut into a crown shape. I blogged about the 2000 version back in June. There were 25 cards in this insert series. 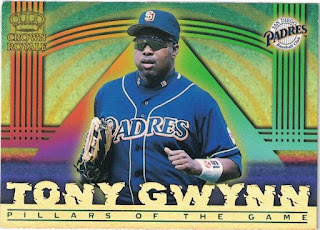 It's shiny and colourful, and, let's be honest, gaudy. 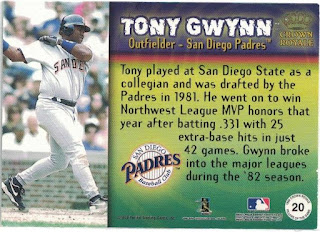 There's a bit of history on the back. I've noticed how card companies often decided to summarise college careers and being drafted on cardbacks, instead of more contemporary achievements. This card was released 18 years after Tony was drafted, but that's what they chose to talk about.
Total: 542 cards

Posted by Jongudmund at 8:18 AM