Back at the end of May I blogged a retro card that Topps had released based on their 1985 template. It looked like this: 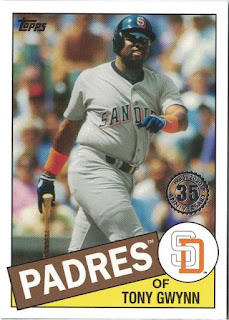 Then in June I posted a relic card that looked very similar: 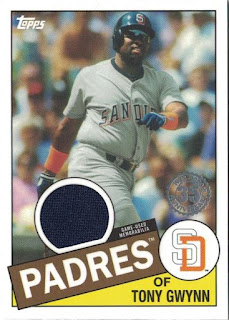 Well, Topps aren't a company that will let any opportunity to cash in on nostalgia pass by. Their Chrome Update Series also used this card template. And, yes, there was a Tony Gwynn card released!
Card Number 524: Topps Chrome Update, 2020; #85-TC34
It's got a mega-shiny front and a different photo! 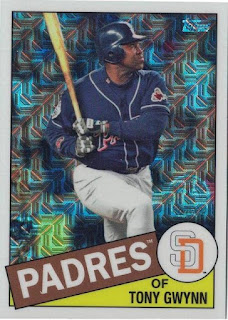 And a cardback that replicates the awful hard-to-read red and green colouring of the original cards. (Although my wife says it looks Christmassy!) 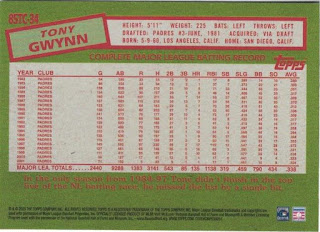 When I have time to kill, I will have a look on Trading Card Database and see if there are any more of these cards released in Topps' plethora of sets.
This was yet another card sourced and sent to me by Gawain. I honestly can't thank him enough for his help with this collecting project!
Total: 524 cards

Posted by Jongudmund at 7:28 AM