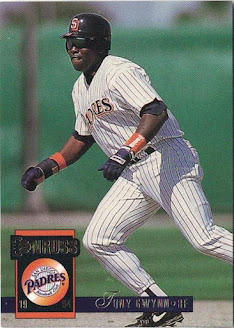 There's nothing particularly remarkable about this card, but DonRuss get a bonus point for having the set year on the front. Tony is just about to run the bases here.
There's a wild backswing photo on the cardback. 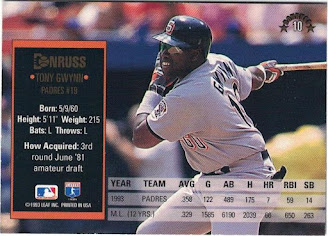 For a regular base card, that is minimal information and statistical data on the back.

This card is for everyone who thought that the base card would be enhanced by adding a block of unscannable gold foil to the front. 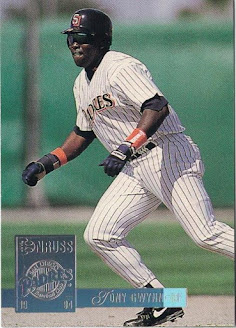 And a small block of foil for the card number on the back... 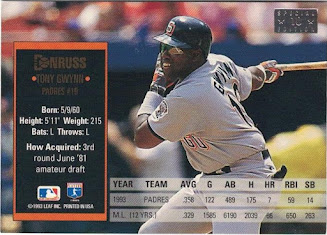 The Special Edition cards were inserted into jumbo packs of DonRuss cards and may have been available in regular packs as an insert as well.

Today's second set of twins is another card range that decided to add a big block of foil to their regular base cards. 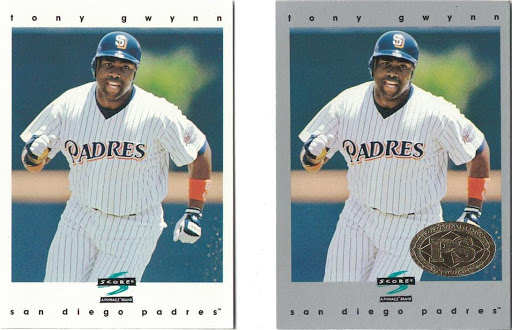 I scanned these at the same time so you can see the differences - the Premium Stock card had a grey border and the big gold foil stamp.

The cardbacks are exactly the same and almost the complete opposite of the DonRuss minimalist look from 1994. So. Many. Stats! 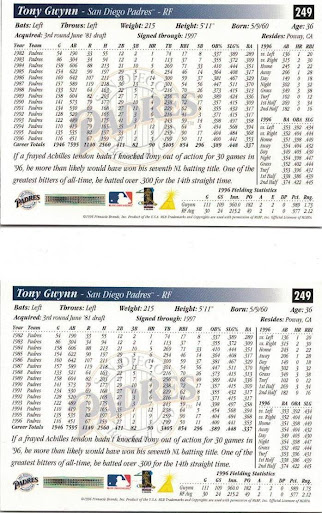 In 1996 Tony also missed out on a Silver Slugger Award, which are given out in both the leagues to each player who are considered to have had the best offensive performance in each position - although three are given to "outfielders" regardless of where they play in the outfield. The silver slugger awards are a bit less clear-cut than the batting champion, which is based just on batting average, but obviously getting a lot of hits increases a player's chance of getting one. Tony won seven in his career - with his seventh coming in 1997 when he also wrapped up the overall batting title.