A few card companies have produced smaller sized baseball cards. These are often referred to as 'Minis'. But Fleer went fancy with their titles and called their smaller cards 'Classic Miniatures'. (Oooh, there's posh!)
Card Number 782: Fleer Classic Miniatures, 1986; #69
This 120-card set was sold as a complete box set. The design uses the same frame and colour scheme as the regular-sized flagship set. They use a different photo though. 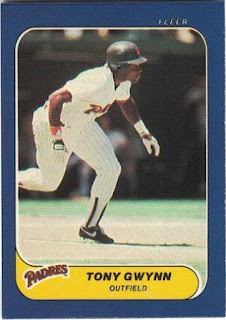 The cardback has the same lay-out as the flagship set, including the factoids. 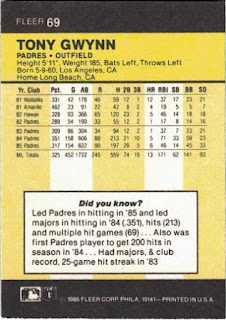 That franchise record for a hitting streak didn't last long. Benito Santiago beat it in his debut season in 1987, when he recorded a hit in 34 consecutive games.
Card Number 783: Fleer Classic Miniatures, 1987; #50
Again, this smaller card copies the design template of the flagship set. The photo is unusual because there are very few cards that show Tony without a helmet or a cap on. 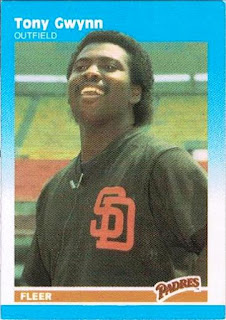 The cardback is the same as the flagship set, complete with a 'hitting guide' compiled by "pro scouts". (Or so they claimed.) 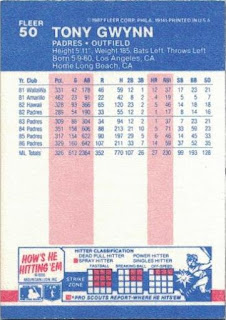