A brace of Bazookas

Bazooka is a funny word. It's an odd name for a bubblegum brand, given its military meaning. Bazooka gum first appeared on the market in 1947, so it feels like there must be a link to the weapon. I suppose a soldier blows things up with a bazooka and a gum-chewer could blow something up too - a bubble.

As a side-note, my local post office has just started selling packets of Bazooka gum, complete with Bazooka Joe comic strips inside. No baseball comics yet, though.

These cards were available in boxes of specially marked Bazooka gum, which was a Topps brand of confectionary. There were 22 cards to collect. 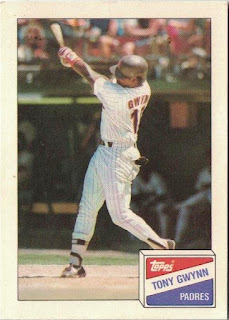 This design is mediocre even for a card from the 1980s. However, true to form, Topps managed to find a photo where Tony's face was obscured and his name is barely legible.
The back is simple, but looks more interesting than the front. There's even space for a relevant factoid that isn't about Tony's minor league achievements from many years previously. (Unlike Topps's regular cards issued around the same time.) 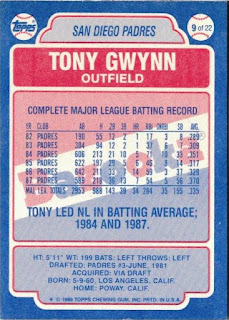 Design-wise this is a much better effort from Topps. 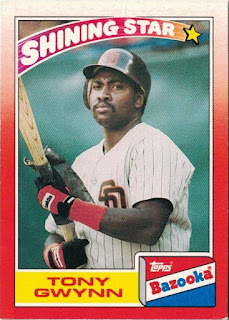 It's an interesting photo, with Tony absent-mindedly prepping his bat while watching something else - probably another player at the plate. Also, cards with red borders always look good,
The cardback is in the same Bazooka brand colour scheme. Tony had added two batting titles since the card that was issued in 1988! 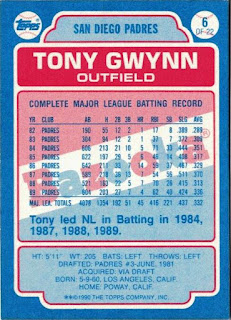 If you want to fill in the gaps in this gum-based post, then you can read about the 1989 Bazooka card here!

Posted by Jongudmund at 8:04 AM