Was there a shortage of photographers working in 1995?

Recently I ran down the Upper Deck base cards released in the 1990s and singled out the 1995 card for comparison with the card released by Leaf in 1995. 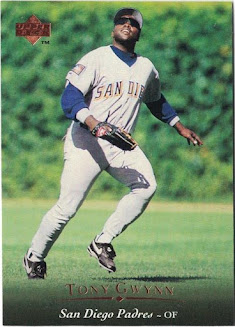 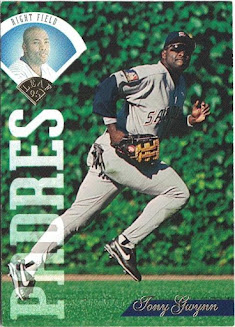 Well, to this selection of similar-looking backgrounds on cards, we can add a third base card from 1995 that depicts Tony in the outfield in front of an ivy-covered wall. 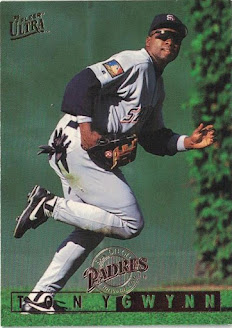 Seriously, what is going on? That is the same grey uniform, with a blue undershirt layer, same arm patch, same hat and glasses combo, same batting gloves stuffed in the back pocket, same grass stain on Tony's backside!
Three different card companies. Three almost identical photos!
At least the back is different. 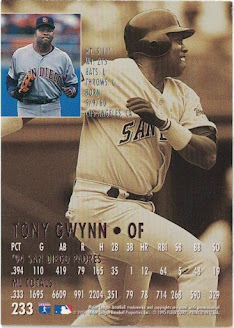 Fleer Ultra was the more upmarket card range put out by Fleer as a rival to Topps's Stadium Club range. There haven't been many featured on this blog yet and that is about to change, but this particular card earned itself a blog post of its very own!

Posted by Jongudmund at 8:03 AM