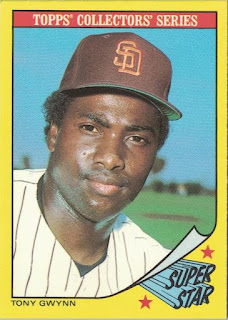 This photo is from the same overly-lit photo-shoot that featured on Topps's Glossy All-Star Card in 1986. This card was sold in a complete set of 33 cards of "Baseball Champion Superstars", which sounds like one of those multiple word team names in pastiches of Japanese manga.
The back is a minimum effort job, even by Topps' standards. 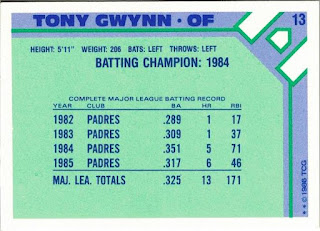 I've seen stickers with better backs than this.

This card has a rare photo of Tony bare-headed. This is such an odd photo. Is he trudging back to the dug-out having failed to get on base? 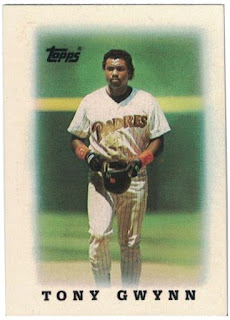 The back is colourful with a little photo of Tony. He was the league leader for both batting average and hits in 1987, but only 4th in runs. Seems like he got marooned on base more often than some other players then. 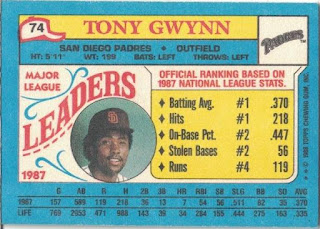 These cards are anoying because they don't fit in my binders. I mean, I could ram them in if I really wanted to have them in there. But it's not ideal. 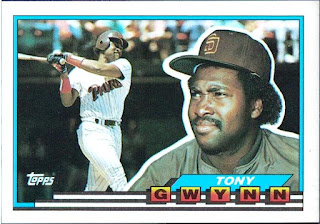 The front is a nice combo of action photos and close up.
On the back we get cartoons. Is that chap with the letter meant to be Tony? Or the chap passing the basketball? Because, er, there's a slight tonal dissimilarity between those cartoon people and Tony. 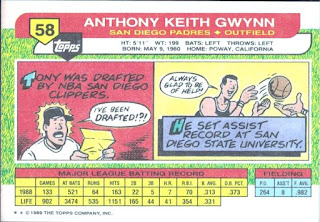 Because this is such a big card, there is room for some fielding stats as well. Always a bonus!
Total: 883 cards

Posted by Jongudmund at 9:11 PM