The first card in today's 'twins' post is probably the least exciting twin featured on this blog. Apologies. 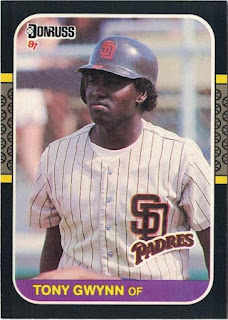 This was in the recent bundle of cards that Richard sent me. It's the factory set version of Tony's 1987 base card. The way you can tell is by turning it over - the cardback is oriented the other way. Here is a comparison of the two cardbacks with the fronts facing up. 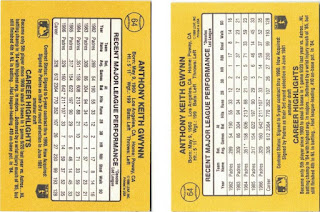 Yes, I know it's a boring variation. But it's still a variation. And the card is a still a really solid, classic design from the 80s. Can you ever have enough of that tyre tread pattern?
Card Number 885: DonRuss Baseball's Best, 1989; #42
This was another 'factory set', with 336 cards in the DonRuss template for 1989. However, this is different to Tony's base card in the regular set. 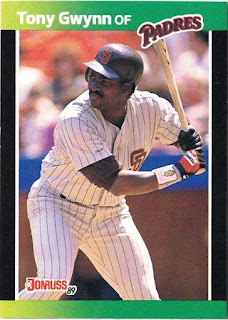 You get more of Tony on this card. The photo on his regular base card is more closely cropped. The DonRuss card template in 1989 isn't one that anyone ever raves about. It's probably the least memorable card template ever released by the company.
The back is totally different to the regular flagship product as well. 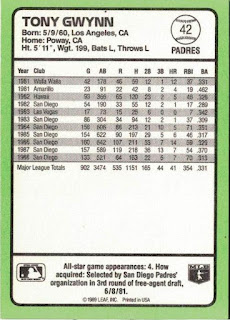