Filling the pages of Sports Illustrated 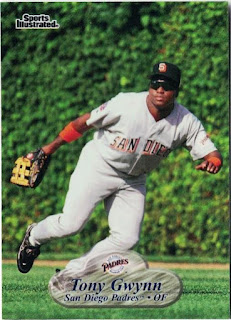 The picture on the front reminds me of all those photos from the same game used by multiple companies in 1995.
The back is, well, a boring photo of a scoreboard behind a boring stats box. 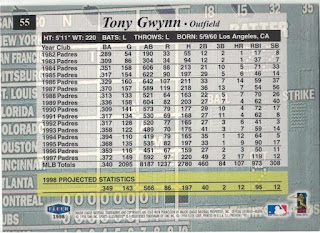 The predicted stats are a novel twist though. How did Tony do compared to the predictions?

Actually, not that well. He played fewer games than predicted by the end of the year and the only metric where he beat the predictions was on home runs (16 instead of the predicted 12).

The main Sports Illustrated set had some subsets as well. 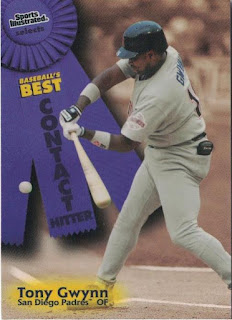 In the 'Baseball's Best' subset, Sports Illustrated selected Tony as "Baseball's Best Contact Hitter". No further comments are necessary. They were one hundred per cent correct. 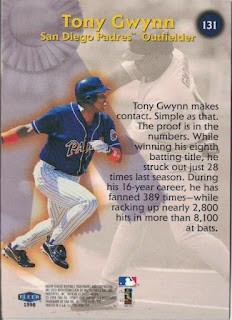 The blurb on the back explains the reason for their selection, in case there were any doubters.

Tony was also included in the 'Year in Review' subset towards the end of the set's checklist. 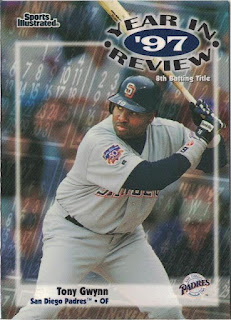 Sports Illustrated liked their 'scoreboard' backgrounds in their multiple layers of photos. They liked it so much they did it on both sides of this card. 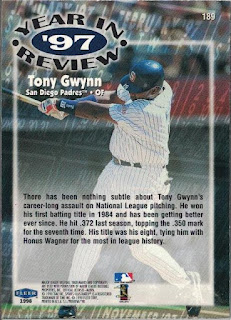 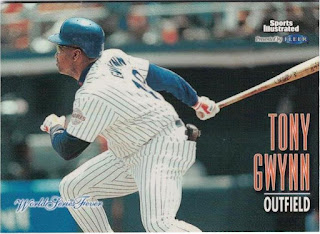 This photo is straight out of the Topps school of  'don't show the player's face, name or number'. But the pinstripes are bright!
Base card dullness on the back. 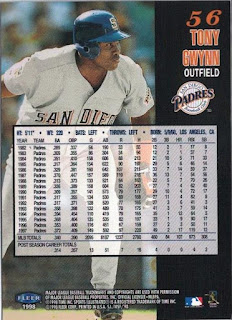 Card Number 873: Sports Illustrated Then & Now, 1998; #90
This 150-card set was split into three sections. The Sports Illustrated card from 1998 that I previously blogged about was from the 'A Place in History' subset. This card is from the 'Legends of Today' section, which was actually most of the cards in the set. 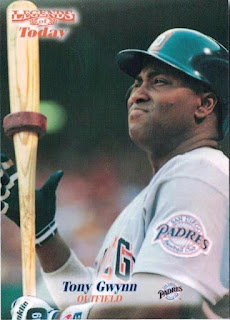 It's a batting donut photo. This one is included in Fuji's list.
I have no idea what the Fleer designers were trying to do on the back. It looks like an attempt to compare Tony with Hall of Famers in certain aspects of the game. 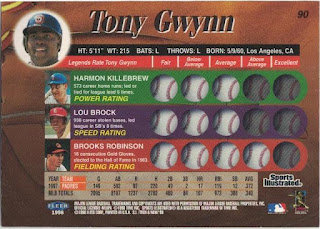 If I've interpreted this correctly - and that's a big if! - this is saying that Tony has 3/5 the batting power of Harmon Killebrew. 3/5 the speed of Lou Brock and 4/5 the fielding skills of Brooks Robinson. It all seems very unscientific and more the sort of thing produced in a pub argument over who was the better ball player. It looks nice though. And if anyone collects those players, then this is a cameo card for them!
Total: 873 cards

Posted by Jongudmund at 9:03 AM