After yesterday's splurge on Fleer cards, there's just one card in today's post. It features six players, although you can't see them all at the same time.

Sportflics cards were lenticular. That makes them horrible to scan. 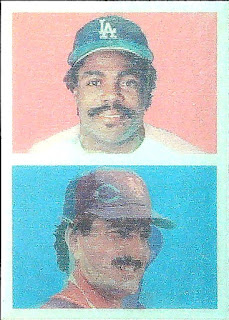 There are three players stacked lenticularly on the top and bottom halves of the card. If you tilt the card, each player comes into focus. Here's Tony! 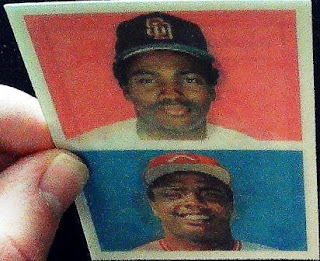 Catch it wrong and you can make a mash up of various players. Tilt this card back and forward just a fraction and Tony's gains, then loses, then gains, a magnificent moustache. 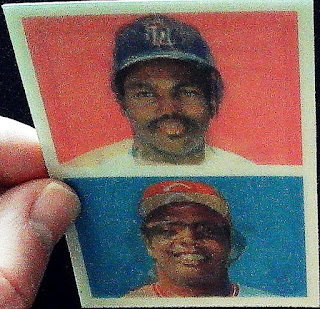 On the back, we find a reason these six players are grouped on one card - they are the six players posting active career batting averages over .300. Of the six, Tony is posting the highest average by some margin. 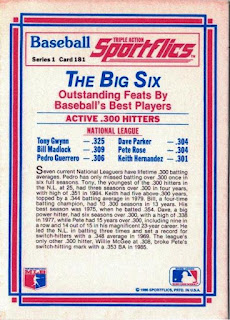 I have often pointed out how Tony's batting average improved towards the end of his career. He retired on a career average of .338. One day I will look through all his career averages and see if at any point he wasn't the player with the highest active batting average. I suspect he would have been.
But in the meantime, I have plenty of cards to blog about before embarking on a research project like that!
Total: 891 cards

Posted by Jongudmund at 7:51 AM