Running through the 1988 Star set part 2

On with the oddball set that I started blogging about yesterday. 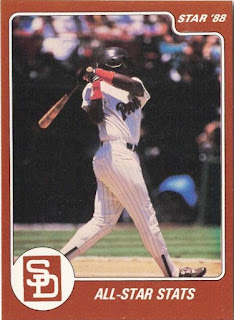 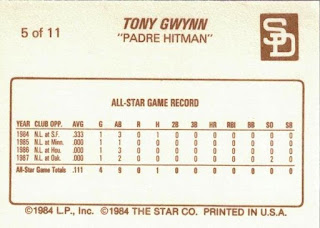 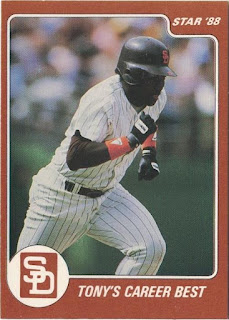 A slightly different approach to stats - basically Tony's best stats in a season and in an individual game up to this point. This is always a more interesting set of stats and rarely done by card companies. 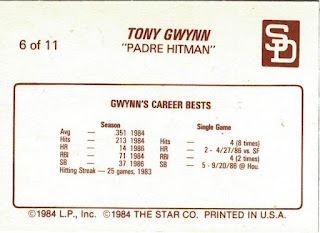 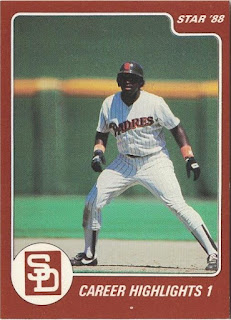 And abruptly, the cardbacks shift from stats boxes to mammoth blocks of text. Weirdly, these go back in time, starting with Tony's break out season in 1983 and going backwards to his minor league season in 1981. 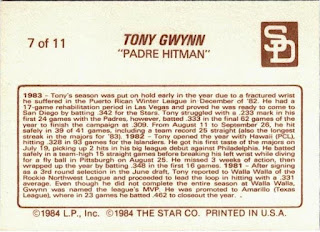 There is a huge amount of information to unpack on this cardback. It serves as a very useful reminder of Tony's early career with details that have since been marginalised by all of Tony's achievements. (The story that he went off to Puerto Rico to play winter baseball and broke his wrist at the end of the 1982 season isn't usually talked about.)
Card Number 850: Star Tony Gwynn "Padre Hitman", 1988; #8 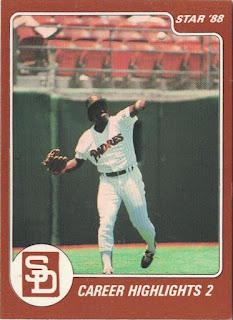 Although all the photos in this set seem to be from the same game, it doesn't seem to have been well attended judging by the empty seats in the background here.
On the back we have another chunk of biography. This is all about Tony's achievements in 1984, including becoming the first Padres player to record 200 hits in a season. 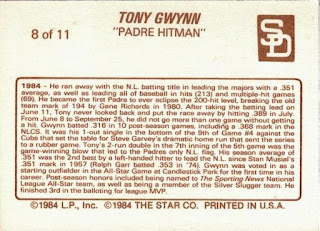