I've already got three versions of the same card from the Stadium Club set released by Topps last year. (They are the normal card, the red parallel and the black parallel.) This post features two more cards from the Chrome version of the Stadium Club set. That brings me up to five cards in total - hence why this is a Tuesday Quins post not a Tuesday Twins post! 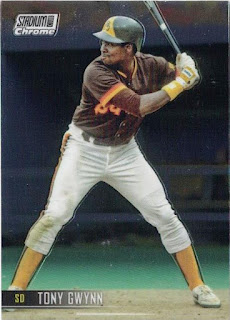 In real life this is a bit shinier than the regular version of the card. And it has the Stadium Club Chrome logo on the front. Otherwise there is not much to add to what I've said previously.
And here's the back... 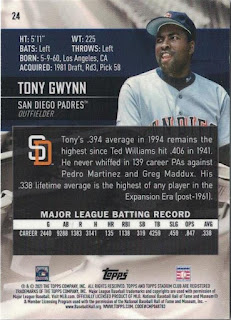 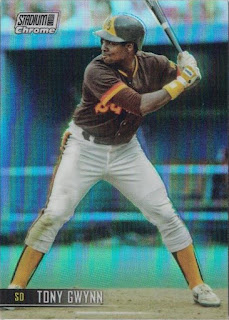 This card went all shimmering crazy on the scanner. In real life it doesn't look hugely different to the first Chrome card I've posted.
It says 'refractor' on the back as a handy help for collectors. 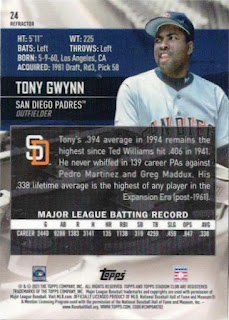 My thanks go out to Graham for the base card and to Sam for the refractor.
Total: 1011 cards

Posted by Jongudmund at 8:21 AM