I was away from the blog longer than I thought I would be. Sorry about that.

Back in September Jay sent me an Upper Deck card that featured in a Sunday 'One Card Only' post. A couple of weeks back he messaged me to ask if I wanted the Tony Gwynn card from an insert set he had bought. Like me, he is a player collector and he wanted the Roger Clemens card from this set. So, it helps him to be able to move on other cards, and it helps me because this is the sort of thing that never crops up over here in the UK.

This has a wheel on it that spins. As it spins it reveals Tony's top ten batting averages during his career though a hole in the card. The default setting is his batting average for 1994. We all know what his average was that year, don't we! 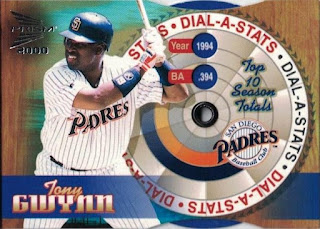 When the wheel is set to 1994, the image of Tony printed in the reverse of the wheel is aligned with the rest of the back of the card. 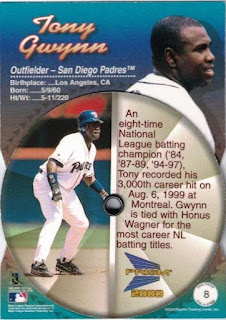 Of course, such a device could be left untouched. But that's not really how I function as a collector.
The ten years work around in order, starting with Tony's tenth best average in 1986 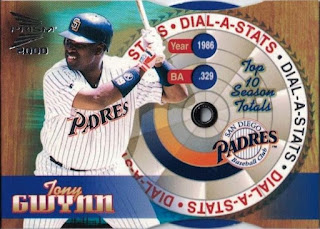 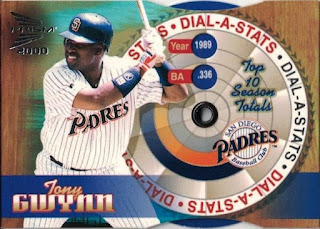 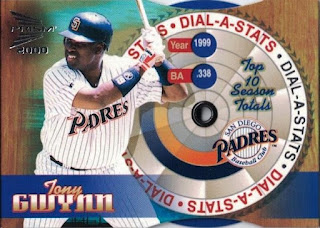 Back to Tony's first ever batting title 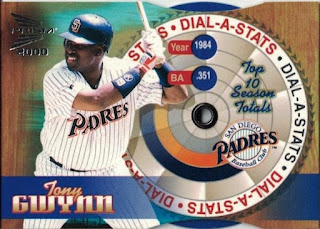 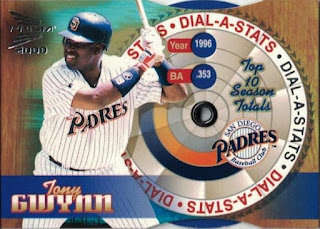 At which point the wheel is halfway round and the card back looks quite weird. 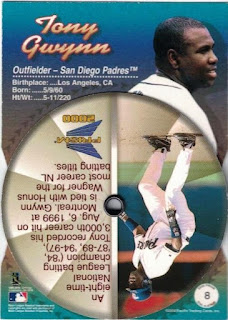 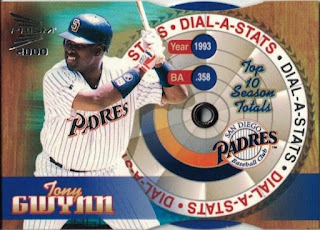 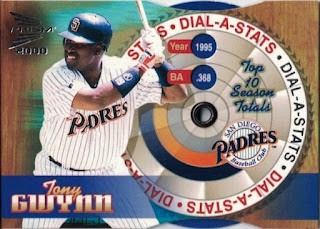 A brief return to the 80s, with Tony's highest average from that decade 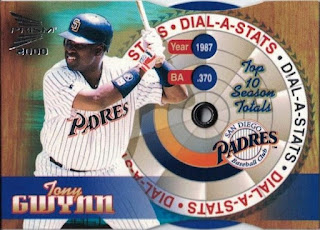 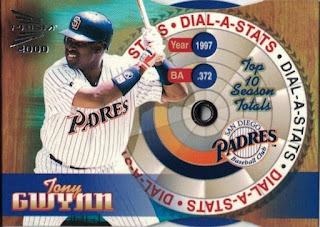 It really stands out to me how Tony's batting averages improved in the second part of his career. Tony won the batting title in 1988 and that doesn't even feature here. Instead there are six seasons from the 1990s and four of the five highest career totals are from that decade.

There were 10 dial-a-stat cards to collect as inserts in the Prism range, which was one of several sets released by Pacific in 2000. The main inserts were various coloured shiny cards known as Prisms. Of course, Tony features in thos inserts. He was also the player featured on the packets of Prism cards as well.

Thanks again Jay, for sending me this. Good luck with the Clemens PC!

Posted by Jongudmund at 9:47 PM