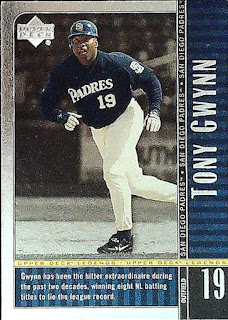 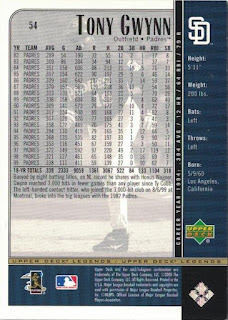 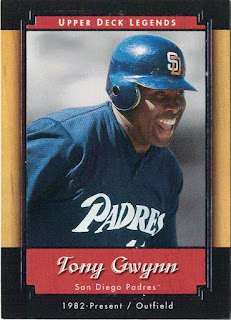 Tony looks like he is enjoying himself in the photo on the front.
The back is even more basic than the preceding year. 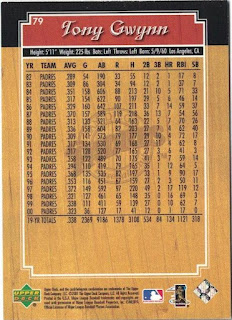 As I have Tony's cards from the 1999 set that was also (sort of ) a Legends set, these two cards complete the run of Tony's Legends base cards. But Upper Deck wasn't done with the 'legend' tag.
Card Number 824: Upper Deck SP Legendary Cuts, 2005; #81
This was yet another spin-off from Upper Deck's SP range. 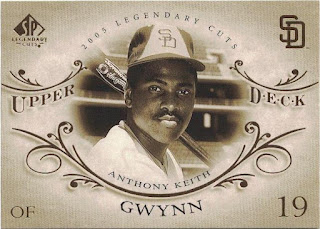 Considering this is a 'filler' card in a range that was mainly about hunting relic cards, this is exquisite.
By the time this range came out, Tony had retired. The back has one line of stats with his final career figures. There is a nice touch in Upper Deck giving Tony card #81, as '81 was the year he was drafted. 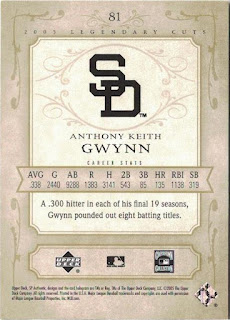 The main thing this card provokes in me is regret that Upper Deck no longer do baseball cards. The design on this is striking and very attractive. It's a great combination of photo and card lay-out. The baseball card hobby has been much poorer since Upper Deck got forced out of it.
Total: 824 cards
Posted by Jongudmund at 7:49 AM