In a similar move to other card companies, Fleer brought out a retro range towards the end of the 90s. Fleer Tradition produced a normal-looking base set and then additional retro styles cards. Unlike Upper Deck, who borrowed freely from Topps templates, Fleer had a couple of their own retro designs they could use.

This was Fleer's revitalisation of their 1963 design. There were 128 cards in this 'vintage' insert series, along with 600 base cards and multiple other inserts. This was the era of big card sets! 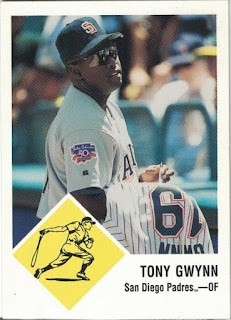 The photo is nicely centred on the Jackie Robinson 50th anniversary sleeve patch and Tony is autographing a shirt. The patch dates this to the 1997 season. 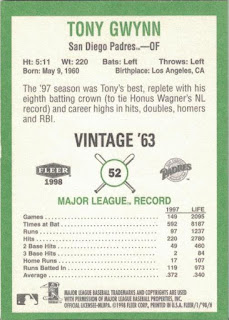 The back is done in a similar retro style. I like the way the stats are set out.

Tony did bat flips too! 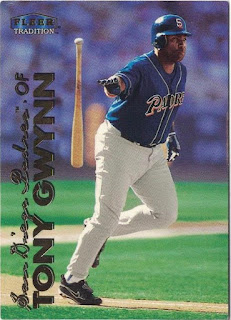 This is the base card in the set. The full bleed photo marks the set out as more high end.
There's an oddly positioned photo on the back with Tony looking awkward, and a huge stats box. 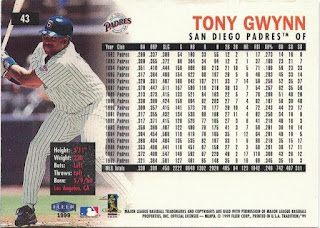 One thing I would say about Fleer cards at the end of the 90s - they included the year under the Fleer logo. That's very handy for collectors.

This time Fleer revived their own design from 1961 for the 50 card insert series. It's the same photo as the base card with Tony cut out and dropped on a plain background. 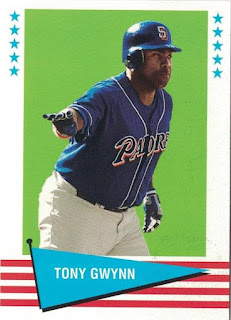 The back is arranged nicely. They aped the DonRuss tendency to include a player's full name. 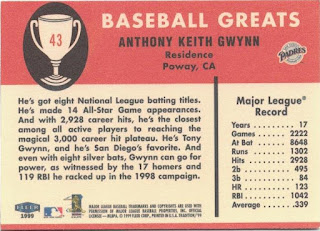 The write up notes that Tony was the closest active player to 3,000 hits - a milestone he would reach during the 1999 season.

Posted by Jongudmund at 7:18 AM