The first 75 cards in the Golden Greats insert series were inserted into Topps flagship Series 1 and 2. Cards 76-100 appeared in Topps Update in 2012. 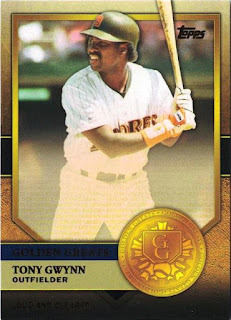 This card might look familiar. Topps used that photo at least three times between 2009 and 2012 when this card came out. Here it is on the Legends of the Game insert from 2009. 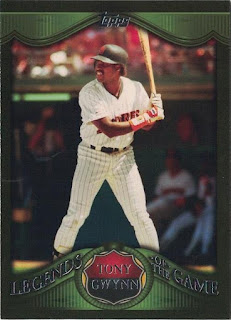 And here it is again on the Legendary Lineage insert card from 2010. 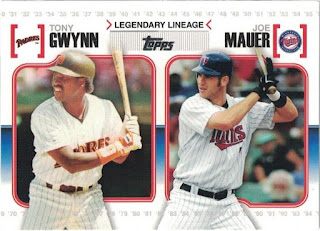 I will have to find out if this image was used on a Topps card in 2011. I kind of hope it was. If not, three times in four years is pretty heavy use anyway. At least in 2012 the card had a 'golden' theme rather than a 'legendary' theme.
After the familiar photo on the front, the back is unique. It's a vignette from Tony's career about a 3-RBI walk-off double against the Dodgers. That happened on June 11, 1993 - so almost 28 years ago to the day! 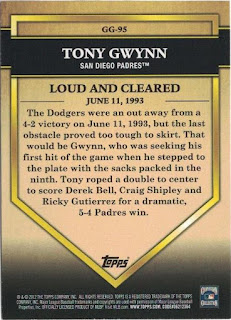 Thanks again to Marc, for sending me this card.

Posted by Jongudmund at 7:07 AM