This card is exactly the same as the card I blogged about back in January (and 101 cards ago!), except that it's a sample giveaway.

Although this is numbered as 2, it was one of just two cards in this insert series released in a promotional version. The other card was numbered 4. 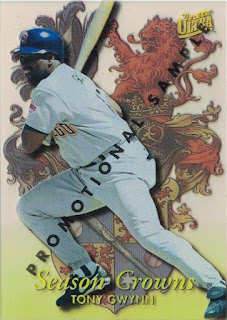 The 'Promotional Sample' lettering is overprinted running from the bottom left to the top right on both sides. This means some of the lettering on the front is visible through the acetate on the back. 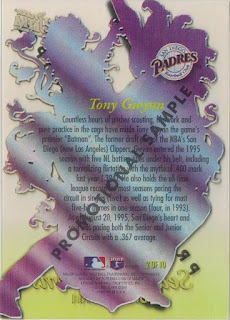 I'm counting this as a new card in the collection even though there is no other difference to the regular release. I presume this version was given out by the company. I'm just lucky they picked Tony's card as one of the two to use to promote the set.