One card only, sorry, one sticker only, to end 80s week

I still have a few cards from the 80s to blog about, but I'm going to close off 80s week for now with a sticker!

There were 132 stickers in this set and they were ordered alphabetically, starting with Don Aase of the Baltimore Orioles and finishing with Robin Yount who had sticker number #130. The final two stickers in the set were checklists with a couple of players on them.

I really like the border design on this card. It looks Christmassy. 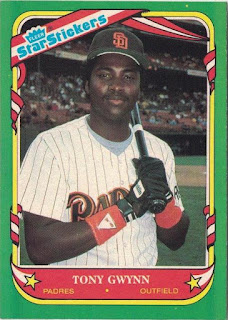 Although this is a sticker, it's the same thickness as the card. The instructions on the back say to bend and peel. 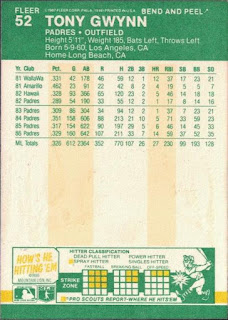 The design of the cardback is practically the same as the cardback on Tony's Fleer base card - which I blogged about on Monday. It's a different colour scheme, as you can see, below. 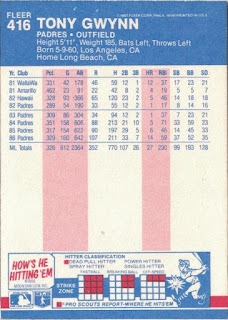 So that's the end of 80s week on Point 394. I hope you've enjoyed it. We have a Modern Monday post tomorrow and then a major blog milestone post on Tuesday!
Total: 497 cards

Posted by Jongudmund at 8:15 AM